Editor’s note:  Please see my articles on Sexuality & Human Development for a more complete understanding of this growing phenomenon

Mixed-up five-year-olds and the alarming growth of the gender identity industry: 20 years ago the condition didn’t exist. Now British children are being puberty suppressing drugs on the NHS

By Paul Bracchi
Last updated at 2:27 AM on 25th February 2012
The Tavistock Clinic is based in an anonymous concrete building in North London. Once there, you have to go to the third floor to find the Orwellian-sounding Gender Identity Development Unit.
The unit received £1,042,000 in funding last year from the local healthcare Trust. In layman’s terms, it treats patients who believe they are ‘trapped in the wrong body’.
Few would associate such a place with children barely old enough to attend school.
But it emerged this week that a little boy called Zach Avery, just five years old, now wears his hair permanently in bunches after being assessed by ‘experts’ at the Tavistock and ‘coming out’ as a girl.
And Zach is not an isolated case. 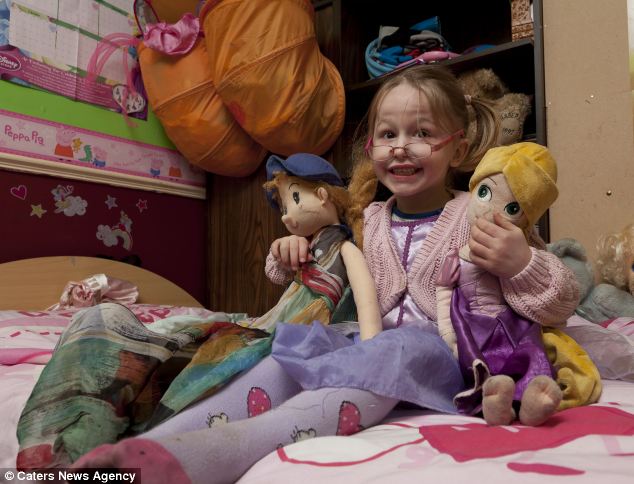 Confused?: For more than a year little Zach Avery, five, has refused to live as a boy, instead choosing to wear pink dresses and ribbons in his long, blonde hair

Over the past year, 165 children have been referred to the clinic’s team of social workers, child psychotherapists, psychologists and psychiatrists.
Seven children under the age of five were officially diagnosed with Gender Identity Disorder (GID) — when a person is born one gender, but feels they are the other.
Now, some might ask whether it’s not Zach but his parents who need counselling for allowing him to go down this path — when even his grandparents believe he is ‘just going through a phase’.
The research supports their view. According to the Tavistock’s own figures, up to 80 per cent of youngsters who think they are the wrong sex will change their minds upon reaching adolescence.
Nevertheless, a clinical trial is currently underway at the Tavistock which involves prescribing children from around the age of 12 with drugs to suspend puberty, thus preventing — so the theory goes — the mental anguish caused by the maturing of sex organs and changes in the voice.
It also makes it easier for them to have gender-changing surgery, should they so wish, when they are older.
Previously, children had to wait until they were 16 to get hormone-blocking injections in Britain, because, apart from anything else, the effects on brain development, bone growth and fertility are still unknown.
Nevertheless, six children have already begun receiving the medication, with the consent of their families, effectively reducing them to a state of ‘biological neutrality’ during the course of the treatment. Others are expected to join the trial.
Why did the National Research Ethics Service, the body responsible for sanctioning such studies, give the go-ahead after initially refusing permission? We can’t tell you because it declined to elaborate on its decision.
What we can say about youngsters such as Zach Avery, from Purfleet, Essex, is that 20 years ago their condition — if that’s what it is — didn’t exist.
Gender Identity Disorder was first identified as a syndrome by the American Psychiatric Association back in the Nineties. With the rise of the internet, it quickly gained currency on this side of the Atlantic and elsewhere. 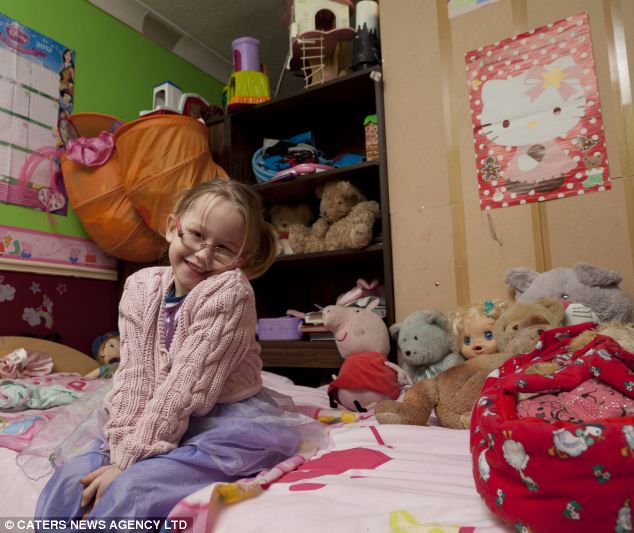 Sorry saga: Zach’s parents have been advised by ‘experts’ that he ‘come out’ as a girl

Typing the words ‘Gender Identity Disorder’ into Google brings up more than one million results. There are 125 support groups for transgender people in Britain alone.
At least four are specifically aimed at young children and teenagers. Zach’s mother, Theresa, it seems, read about one of them in a magazine and answered an advert for the organisation.
‘That’s when all this started,’ says Zach’s grandmother, Christine Avery, who lives in Clacton.
‘All this’ being the sorry saga of a boy who enjoyed dressing up in girls’ clothes ending up on the third floor of the Tavistock Clinic.
Until shortly before his fourth birthday in December 2010, Zachy, as his mother calls him, was just a normal little boy.
Suddenly, it seems, he became obsessed with the children’s TV character Dora the Explorer, began wearing female clothes and stopped playing with his Thomas The Tank Engine. Then, one day he announced: ‘Mummy, I’m a girl.’
Mrs Avery, 32, and husband Darren, 41, became increasingly worried about their son’s behaviour and took him to see the doctor. Eventually, he was referred to the Tavistock.
His school, Purfleet Primary, was subsequently informed that Zach would be coming to class as a girl. Teachers allowed him to come to class in a girl’s trouser uniform and black boots with pink trim. 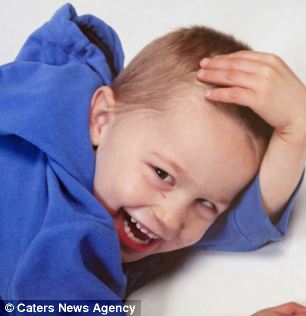 Phase?: Do Zach’s parents need counselling for allowing him to go down this path, even though his grandparents believe he is ‘just going through a phase’?

The lavatory block was made ‘gender neutral’ to accommodate his needs (the school say the decision to refurbish the toilets was taken before Zach’s change).
Behind Zach’s story is the inexorable rise of a new industry which, subsidised largely by the taxpayer, is touching practically every aspect of public policy in Britain. Those diagnosed with Gender Identity Disorder, for example, can be prioritised by local councils for housing as ‘vulnerable’ people.
Prominent among its campaign groups is the Gender Identity Research and Education Society (GIRES), created in 1997, to ‘transform attitudes in society to anyone who has undergone a gender change.’
It has provided ‘policy advice’ to the NHS, the Association of Chief Police Officers, the Crown Prosecution Service, the Department for Children, Schools and Families, and the Home Office, which awarded the charity a contract to develop a ‘tool kit’ to help schools combat ‘transphobic bullying’.
In 2010, GIRES received Government funding of £35,115. The founders, Surrey couple Bernard and Terry Reed, whose adult daughter is a transexual, were honoured with OBEs in the same year.
The charity claims that around one per cent of adults in Britain (based on their own report) — roughly the population of Sheffield — experience some ‘degree of gender variation’ and, on that basis, a typical primary school of 300 children would have three transgendered pupils, although they may not be ‘out’.
Bi-monthly meetings of a trans-youth group, held at the Central School of Speech and Drama, near the Tavistock unit, are advertised on the GIRES website.
The sessions, according to the blurb, will cover: ‘how to come out to friends, family members and school and work peers; improve your mental wellbeing; sex and relationships and educating those around us.’ What age group are they aimed at? Answer: ‘13 to 25-year-old transpeople.’
The organisers are not from GIRES, but yet another group, called Gendered Intelligence.
One of this group’s directors is Mark Jennett, a national adviser on the government’s National Healthy Schools programme — an initiative launched more than a decade ago to ‘promote the link between good health, behaviour and achievement through physical activity, social and health education and emotional health and well-being.’ 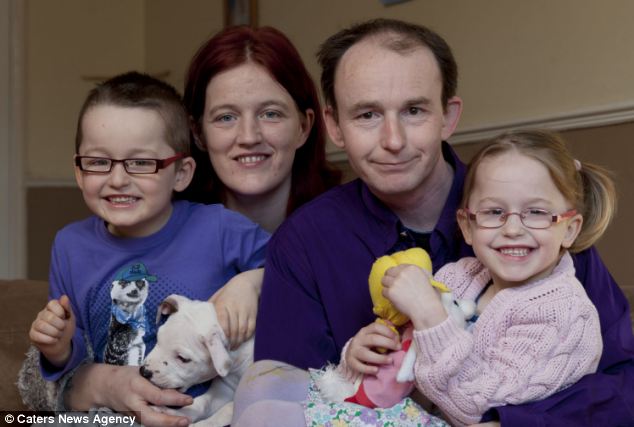 Deal: Zach’s parents, Theresa and Darren, are negotiating an arrangement with a tabloid newspaper

Some might ask whether it’s wise to allow vulnerable 13-year-olds to attend ‘sessions’ with 25-year-old transexuals.
We can’t answer that because no one from Gendered Intelligence returned our calls. What can be revealed, however, is that Gendered Intelligence relies on a £50,000 grant from the equalities and human rights commission quango.
Examine now the story of another boy, called Sasha, from Cambridgeshire. Sasha’s parents are Beck Laxton, 46, and Kieran Cooper, 44, a computer software designer.
From the moment he was born, they were at pains not to lumber their son with the stereotyping they feared gender brings. So they simply called him the ‘infant’ and kept his gender a secret from all but a few close friends.
He was encouraged to play with dolls as much as Lego, slept in a neutral yellow room and was allowed to wear both boy’s and girl’s clothes. On the family Christmas card two years ago, Sasha was dressed in fairy wings, a pink tutu and ballet pumps.
Miss Laxton describes going to her first mother-and-baby group in detail on her internet diary. When fellow parents in the group asked if Sasha was a boy or a girl, she replied: ‘I’m not going to tell you.’
She recalls: ‘I discovered later that I’d been described as “that loony woman” and I could never persuade anyone in the group to come round for coffee. They thought I was mental.’
And what about the Tavistock? According to its website, its aims — if you can decipher the jargon — to ‘foster recognition and non-judgemental acceptance of gender identity problems’; ‘to ameliorate [improve] associated behavioural, emotional and relationship difficulties’ and ‘encourage exploration of the mind-body relationship by promoting close collaboration among professionals in different specialities.’
The centre, part of the Tavistock and Portman NHS Foundation Trust, is run by Dr Domenico di Ceglie, a child psychiatrist, and Dr Polly Carmichael, a consultant clinical psychologist. Children with gender identity problems are referred here from all over the UK. 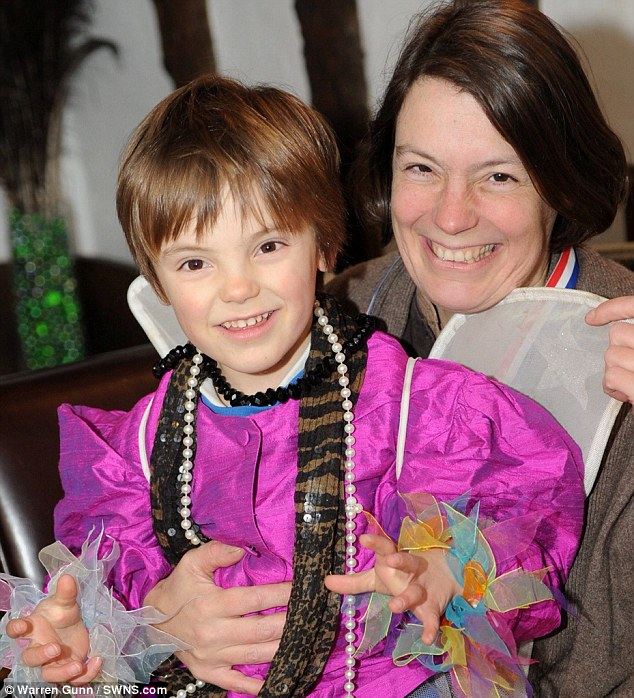 Choice: Sasha Laxton’s parents kept his sex a secret until the age of five

It received 97 such referrals in 2009/2010; 139 in 2010/2011 and, as we have already said, 165 thus far this year. There are now plans, we have been told, to open a second unit in Leeds. We cannot confirm this because the clinic declined to answer any of our questions.
One doctor who did, however, was Professor Russell Viner, a hormone specialist at University College London’s Institute of Child Health.
He is the specialist who has been treating the children — some as young as 12, remember — taking part in the clinical trial at the Tavistock unit. His comments are refreshingly candid, though not, some may think, reassuring.
‘The worry is that reversible treatments [such as hormone blocking drugs] can sometimes have irreversible effects,’ he says.
‘If you suppress puberty for three years the bones do not get any stronger at a time when they should be, and we really don’t know what suppressing puberty does to your brain development. We are dealing with unknowns.
‘We counsel children and parents beforehand about how much is unknown. Part of what they are signing up to is that they accept the risks. We talk about the risk to the bones and brain development, but the treatment will also almost certainly reduce the patient’s fertility. It does not remove their chance of having a child but it will impair it.’
Puberty-suppressing drugs are given to children in the U.S. but their use has fiercely divided medical opinion. Those who favour them say they reduce rates of suicide and self-harm.
Dr Kenneth Zucker, a world authority in this field, runs a specialist children’s gender clinic in Toronto. He is opposed to them.
He told me: ‘Suppose you saw a black kid who came into your clinic and wanted to be white. Wouldn’t you try to understand what is happening in the child’s life that is making him feel like that? You certainly wouldn’t recommend skin-bleaching.’
He believes Gender Identity Disorder is the product of nurture, not nature — the result of ‘a dysfunctional family or cultural background.’
Another expert, Dr Jack Drescher, Clinical Associate Professor of Psychiatry at New York Medical College, put it like this: ‘The most responsible approach, it seems to me, is to watch and wait to see where the child eventually ends up.’
Is this is the voice of common sense — not political correctness?