Paul Craig Robert
Paul Craig Roberts Org
Thu, 25 Feb 2021 01:10 UTC
Since the year 2000, we have witnessed two epochal events, 9/11 and COVID-19. Both produced massive changes in civil liberty and government power, reducing the former and enhancing the latter.
The official narrative of 9/11 is unbelievable as it is contrary to all known science. The official narrative of Covid relies on running the PCR test at high cycles known to produce false positives in order to produce headlines of a scary high rate of infection. Covid deaths are magnified by ignoring co-morbidities and by counting even motorcycle deaths as Covid deaths. In the US, financial incentives were created for hospitals to report all deaths as Covid deaths. The flu season has been conflated with Covid and has disappeared. It is possible that more Covid patients were killed by ventilators than by Covid and by immune systems unsupported by adequate intake of vitamins C and D and zinc. No Covid deaths were necessary as two proven and safe treatments — HCQ and Ivermectin — were available but banned by public authorities. Deaths were wanted in order to build fear in order for pharmaceutical companies to make billions of dollars on vaccine sales and in order for governments to impose more controls over citizens and more inhibitions of civil liberty.
In Florida there are no lockdowns, no mask mandates, no arrests of people for “non-compliance,” and Floridians are not dropping dead in the streets. Indeed, you would not know that there was a “Covid pandemic.” This indicates that the Covid pandemic is an orchestrated hoax with ulterior motives.
In the US, 9/11 was used not only to attack seven countries in the Middle East and North Africa on entirely false pretenses but also to attack the US Constitution. Habeas Corpus and due process were discarded by the “war on terror.” Consequently, today American civil liberty is much weakened.
In the article below, European Soren Korsgaard reports that the orchestrated “Covid pandemic” is being used throughout the Western world as an excuse for concentration camps. 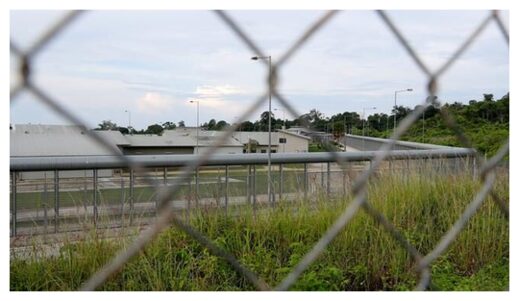